Game 1 was Orcs and Goblins vs Warriors of Chaos. Skenario was Dawn Attack.

Dawn Attack did it's worst to my army. All opponents units ended up middle of the field with exception of knights that were on his right flank just beside his all troops. My troops were scattered all around. Pump wagon, Arachnorok, Mangler and Squig Herd on the left flank. Trolls, Boar Boys, Wolf Chariots, Wolf Riders, 3 Warmachines and Night Goblins with NG shaman in the middle. Rest, Arrer boys w general, BSB, orc shaman and NG shaman, Pump Wagon and Rock Lobber on the right flank. Generals Ld bubble was all screwed but it was not that bad. Usually I don't play such heavily manned arrers but this scenario is a bit too flicky. 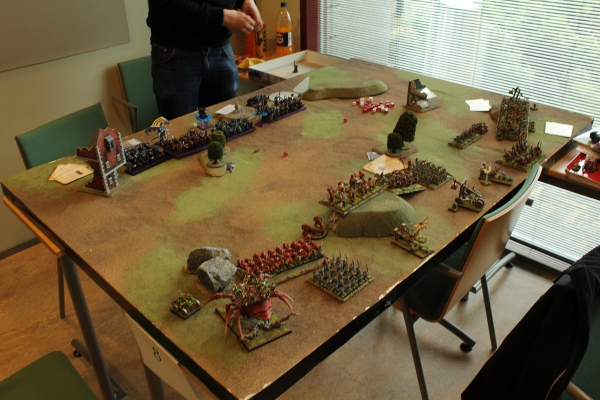 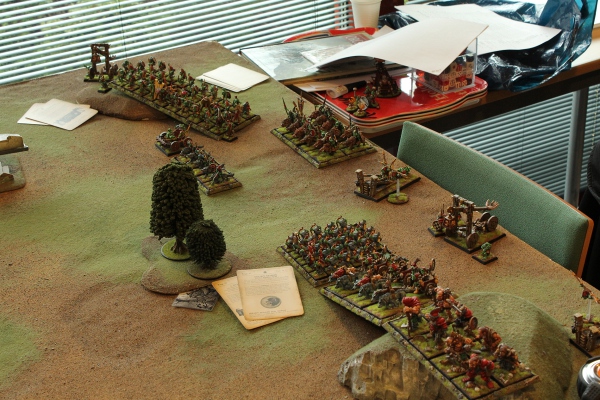 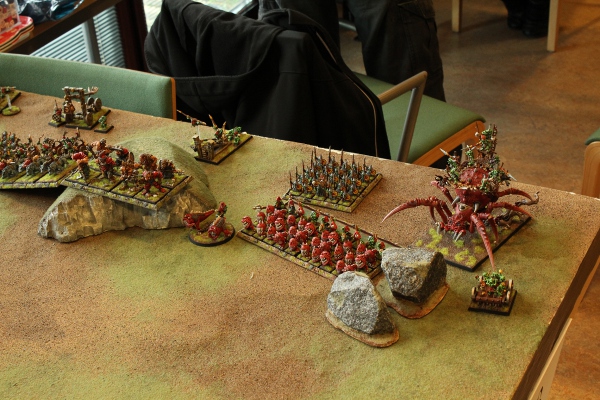 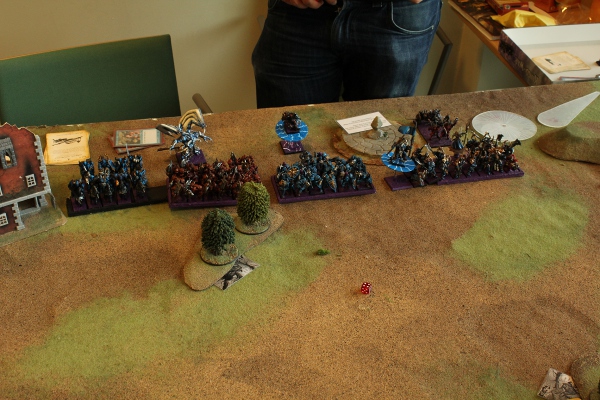 Orcs responded with infight. Boar boyz caused fight with arrer boyz and it ended up throwing rocks. Right flank squabbled with most of the casters so no casting nor BS shooting this turn. Trolls passed stupidity on their own and choose to not to throw themselves into too long charge attempt. Wolf Chariots failed to charge at chosen. Rest of the forces wandered a bit forward. Magic was meaningless. Artillery did their best and daemon prince catched landing rock. 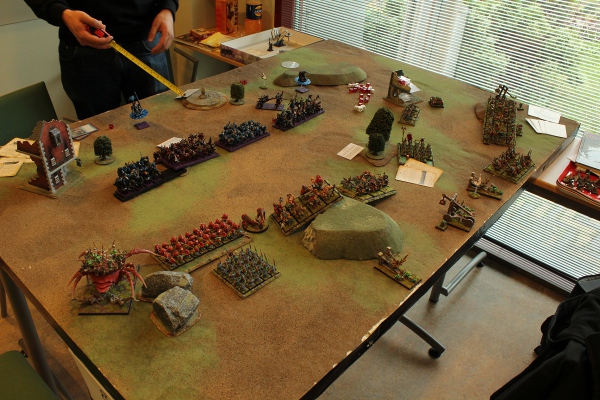 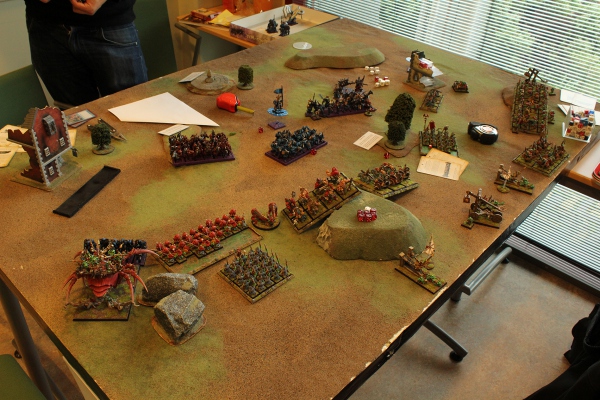 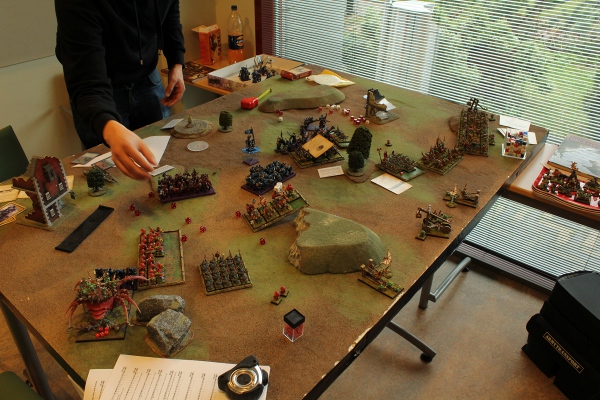 Orcs were caught pants down. Enemy was on the face and all orcs had done was some infighting. Knights were being grinded but armours were thick. Orcs were getting seriously beated. Orc Artillery tried to kill BSB on disc but he managed to pass all Wards saves. 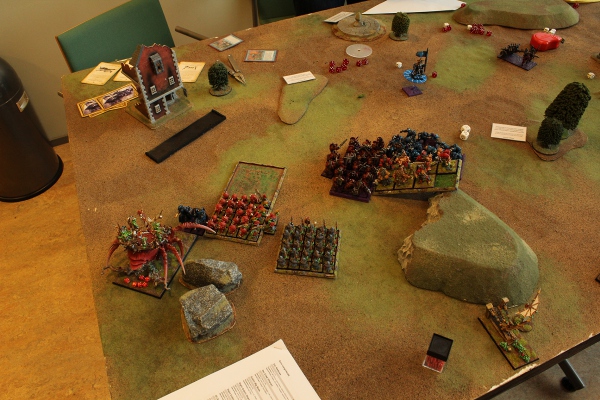 Game was pretty much over. All that I had to do was trying to kill enemy general and standards for getting points. Chaos BSB got away again. One Doom Diver missed, another missfired. 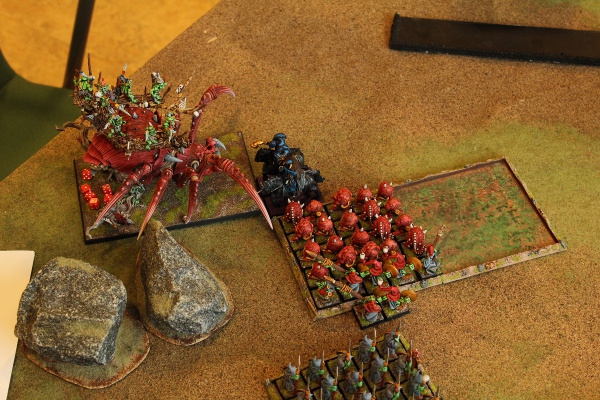 Chaos minced orcses, that pretty much it. 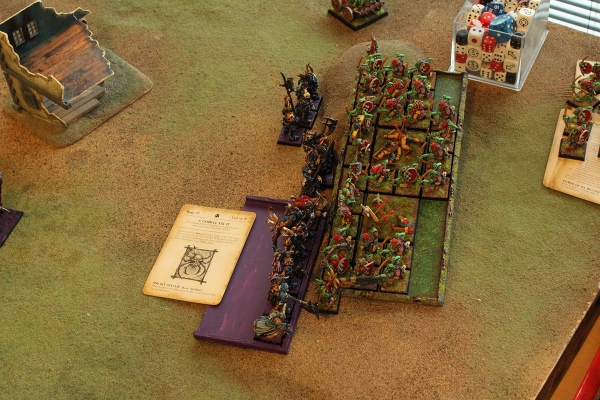 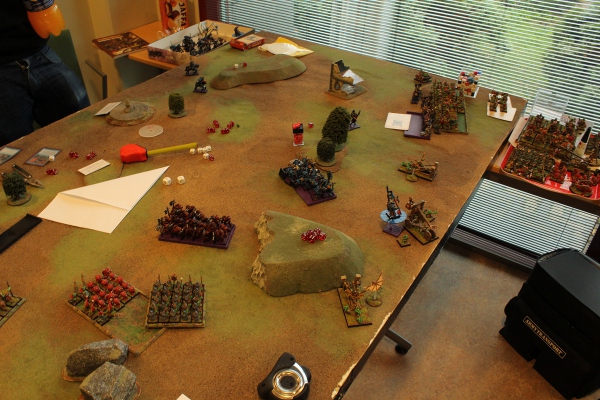 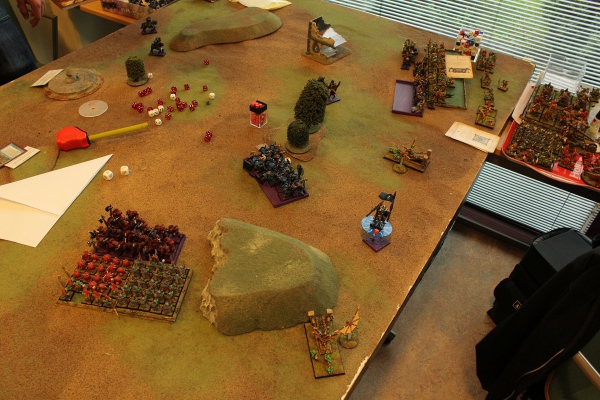 Game over! Orcs lost but got some points in return. 8-2 to Warriors of Chaos.