Last game in the tournament. Game 4 cut my streak against forces chaos as my opponent was playing with Vampire Counts. Game 4 was objective hunting with a touch of Watchtower. We rolled off to see, whom of us were attacker and I lost so I won't be starting the battle either.

Both of us deployed disposable units till my opponent run out and were forced to drop important ones. Psychological game was allready going and I was giving my opponent hard time. I had well overpowered center and right flank, and enough punch on the left flank too. 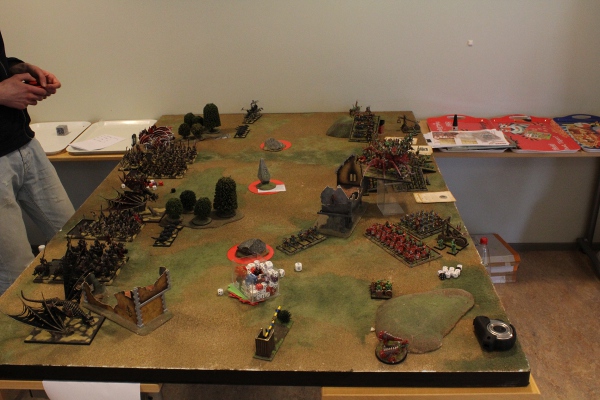 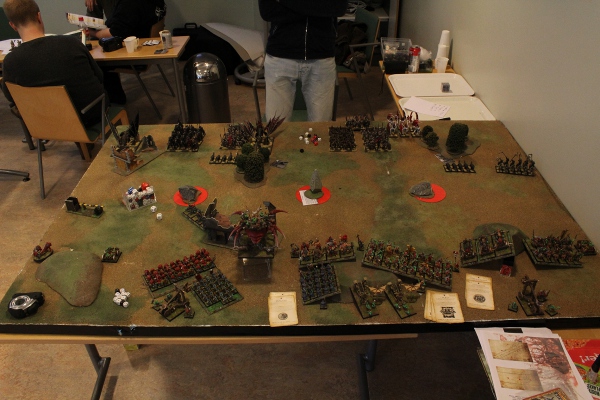 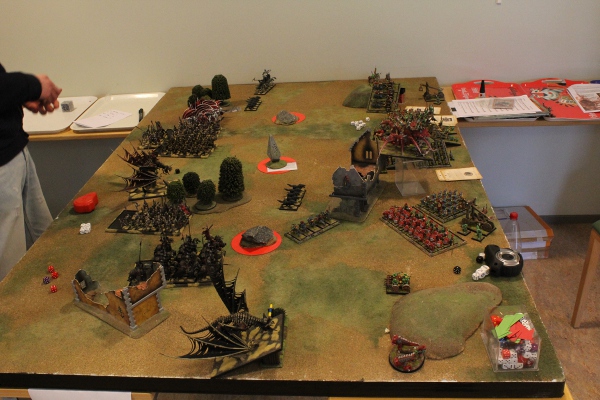 Vampired Lord charged Arachnarok and Wargheists charged Boar Boys. Rest of the army advanced very carefully, Hex Wraights advanced on right flank. Magic was weak again. Terrorgheist screamed at Pump Wagon killing every snotling off it. Vampire Lord inflicted Arachnarok four wounds, Arachnarok instead killed Zombie Dragon and thunderstomped Vampire who passed all his ward saves. Orcs felt that Vampire Lord was terrifying opponent and made their move. Night Goblins reformed and slipped two Fanatics through Arachnarok and Vampire Lord. Both were killed in action but orcs felt like they had won. Enemy had lost general and ability to march move. Opponent was mentally crushed and was preparing to give up. Trolls marched towards enemy's Necromancer bunker. Wolf Chariots crashed on a tree, one chariot was lost and they fled south. Boar Boys and Wargheists kept fighting their long lasting battle. Artillery finished Terrorgheist and after that started to aim at Black Knights. 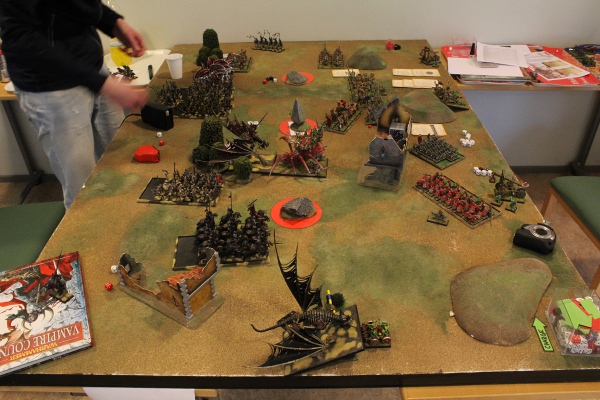 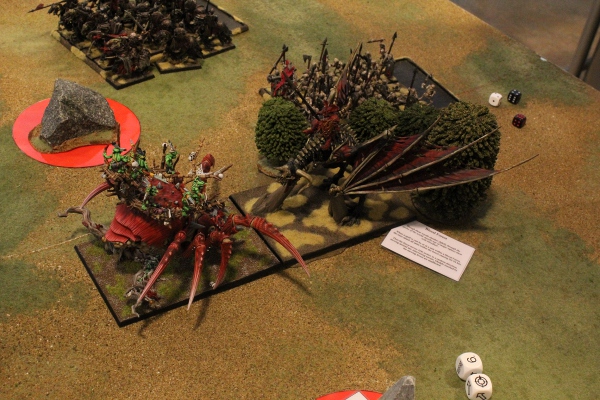 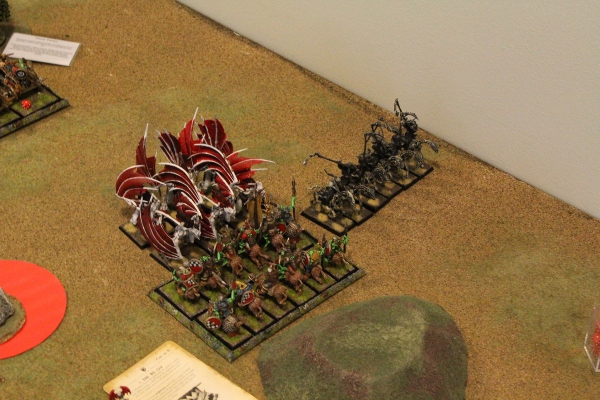 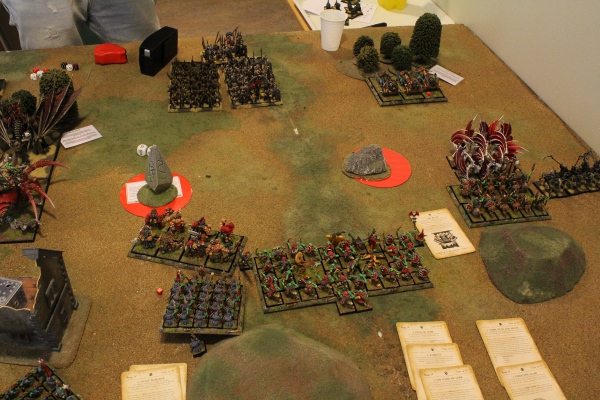 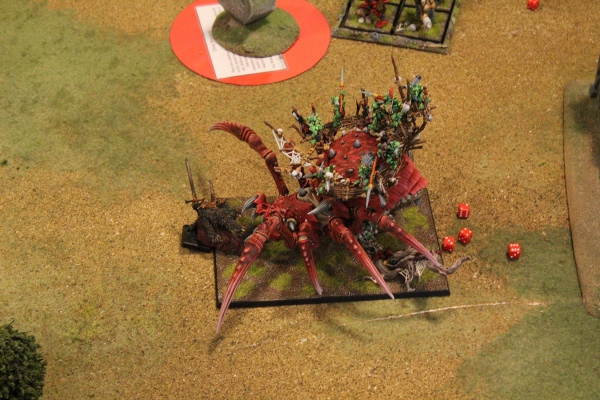 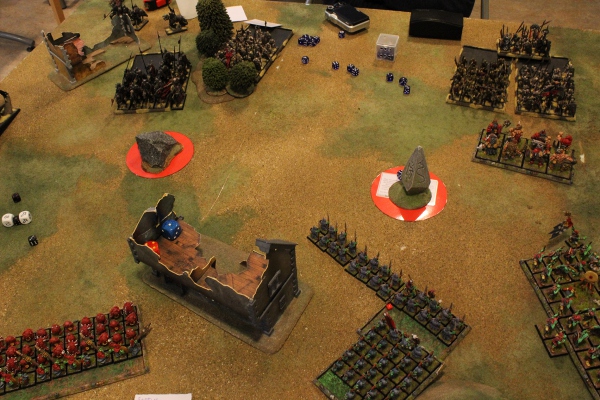 Opponent wanted this game to end quickly so he charged Trolls with Zombies and Skeletons. Rest of the army moved slightly, Black Knights moved by impassable terrain towards Arrer Boys. Magic did nothing. Arrer Boys charged in to help Boar Boys. Wargheists killed all Boar Boys and then Arrer Boys killed all Wargheists. Trolls wiped out all Zombies and Skeletons in two phases of close combat. Artillery hunted Black Knights. 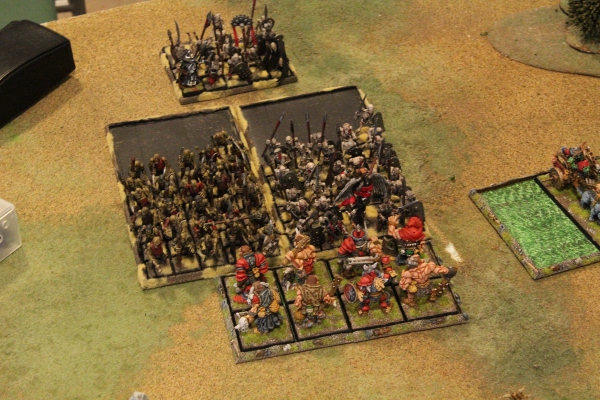 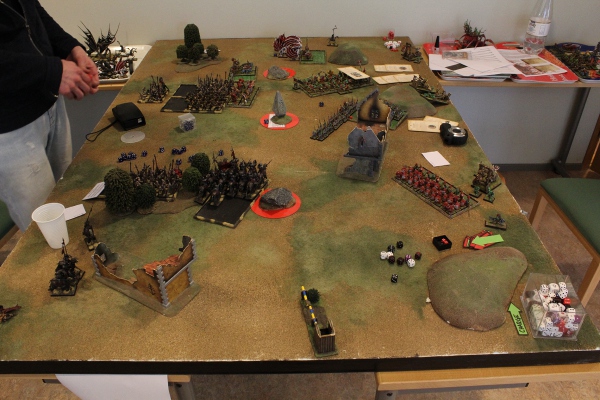 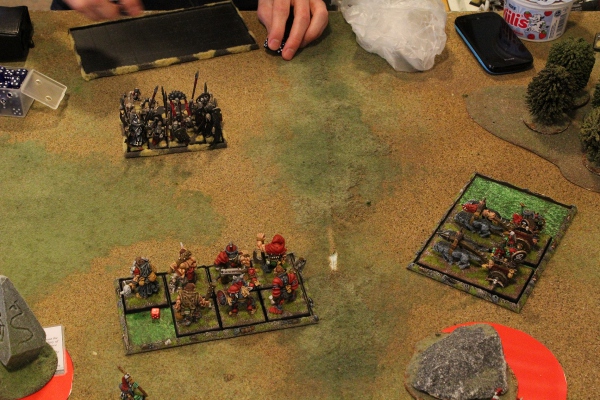 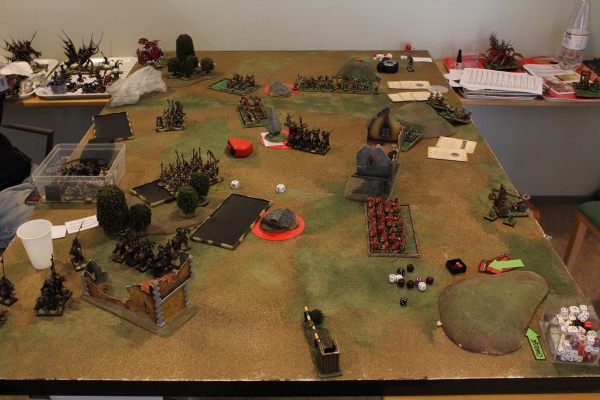 Black Knights and Skeletons on the left flank advanced towards center. Magic was nullified. Wolf Chariots charged Skeletons with Necromancers, punched through and overrun. Knights were shot down to last man including mounted Vampire. Last thing opponent had was box of Skeletons. Chariots charged last skeletons and killed all but 8, whom didn't see the end of the game. 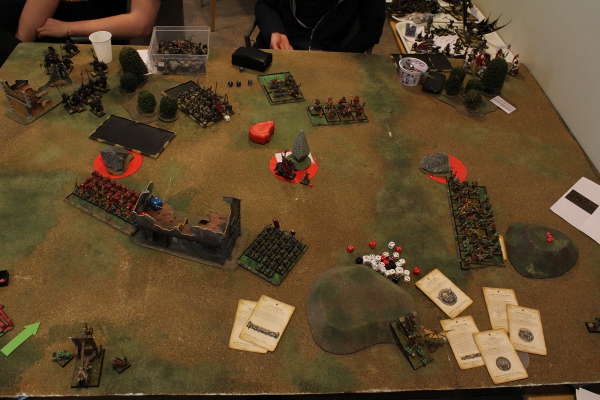 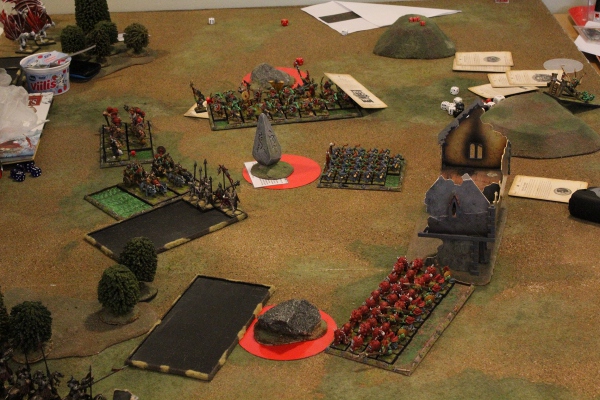 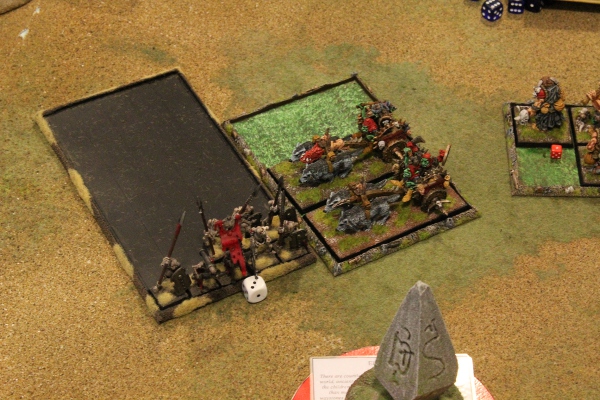 Vampires secured some points at the start of the game so end result was 8-2 to Orcs. WAAAAGH!!!